I would like to say hello with this beautiful illustration from Sosan (first image at the right). 14-year-old Sosan is the youngest embroiderer from the three villages; she comes from a family of embroiderers, her mother, her aunts and four of her sisters also do embroideries. It seems that, like other families, they have a special “embroidering gene”.

Now I would like to give you a report from my last two trips, shortly before Christmas and in the beginning of March.

The mountains around the plateau were white …

as there has been a lot of snow this winter; this is a great blessing, as it promises enough water for farming. In a few weeks, there will be an abundance of blossoming flowers, among them the wild tulips, just like Sosan is showing it here.

Where do the embroiderers find their motifs?

They watch everything around them and allow us to participate in their surroundings and everyday lives. In December, four women from the village of Kakara handed in these four squares. Looking at the second, the third and finally the fourth one, I asked each of them how they came to think of this motif. None of them were able to tell me. It was only a couple of days later that Khaled recognised this same motif in a TV commercial.

I want to remind you

that the embroiders develop their motifs on their own; I never give them examples to follow, although I usually ask them to deal with certain subjects in order to find variations and to follow exhibition projects. In December, I told them to do chickens and rabbits. Of course there is a danger of it becoming kitsch, but with Easter returning, we can hope that these cute chickens will be bought at the European exhibitions. However, there will not be a special chicken gallery in the online-shop – you will find those motifs in the gallery with embroidery from Laghmani.

I have travelled to the villages five times. Although these quarterly meetings are exhausting, they are also enriching. They have convinced me (it this had been necessary) that these meetings on site are very important. There are always many women and young girls who tell me that they are proficient at embroidering and want to participate in our programme. However, it is not possible to increase the number of 200 women who have been working for the project for eight years now. We would have to transport more than 40 kg (that we have now), and we already have to pay high additional costs for 10 kg surplus weight. What is even more important, is the fact that even now we can only sell 2/3 of the embroideries at best, although the women are always paid for their work.
On the other hand, there are also some women who have been working for the project from the beginning but have not developed their abilities any further, while others keep improving with regard to their creativity as well as their handicraft proficiency. Therefore, works that are not so well done cannot be sold, even though they are offered at a reduced price. So I had to make a decision to solve this problem. During my June trip I announced that I would have to dismiss some thirty of them at the end of the year, in order to give other women an opportunity to join the project. This information was to be passed around in the three villages so that the women would be prepared.

When I collected the works

in June, September and December I selected 22 women whom I would have to dismiss. This dismissal (along with which I repeatedly explained that other women should also have an opportunity to earn some money with the project) was less of a problem than I had expected. There were only two women who protested vehemently. Feeling somewhat guilty about Leila’s dismissal, however, I looked for a possibility for her to embroider something else. She had said to me: You cannot fire me, please. I am a young mother with a little girl. My husband is a rickshaw driver and only earns 120 to 140 Afghani a day. (= 1,70 to 1,95 Euros) And her husband is the owner of the rickshaw; the problem is that there is a lot of competition and the drivers do not get enough customers to earn enough, while Leila, even though her work is only mediocre, earns 200 Afghani for one embroidery square in a short working day. This clearly shows you how important the wages that they can earn for their works are for the women.
When I met the embroiderers on the usual three days during my last trip in the beginning of March, commenting on their works and handing out their wages, I also distributed small squares of cloth and thread to the new candidates. Three days later, we met again for the examinations, half a day for each village. As the number of possible recruits was limited, there had to be some selective process. As in the previous cases, we proceeded like this: The candidates appear with half their embroideries finished at home, having to complete the second half in front of us within two to three hours. All three villages took part and there were more than 130 candidates for 22 available places.
I was very impressed with the determination and the good preparation of the girls (16 to 22 years old) and women. Many of them told me how they had been practising for this event for months. They worked fast and confidently, full of concentration and competitive, determined to pass this ­examination. Obviously, they were fully aware of the importance of this occasion, the chance of
taking part in a programme that would give them the opportunity to earn some money in these rural regions. At last, I selected 14 candidates from two villages and 16 from the third, the embroideries and everything else were simply too beautiful. Which, of course, means that now we have a problem …

How do things continue in Europe?

Read the full report by downloading the PDF-file at the upper right corner. 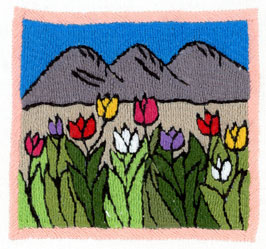 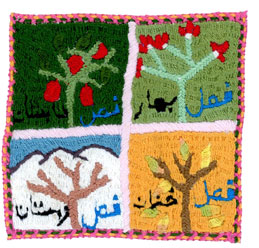 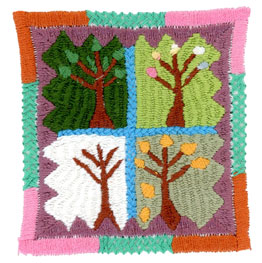 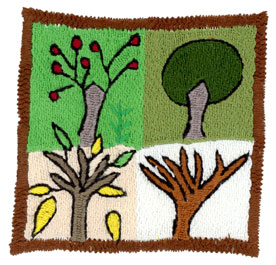 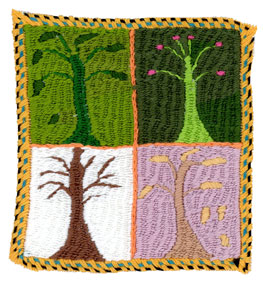 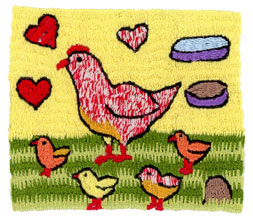 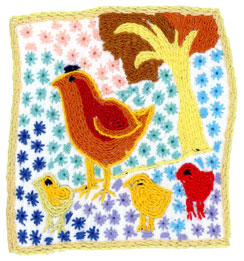 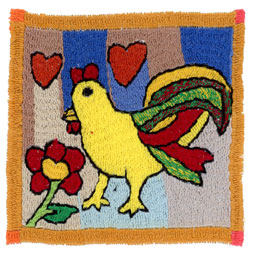 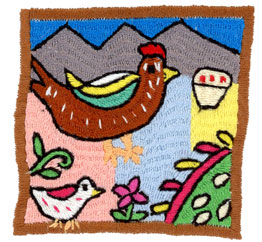 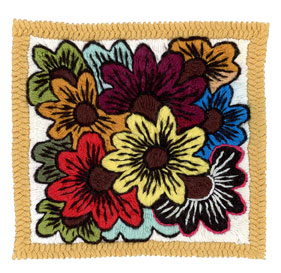 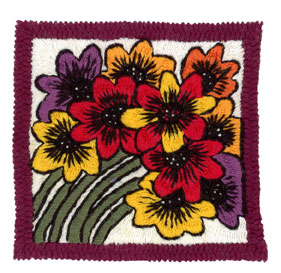