A project for primary, secondary and special needs schools

This project was launched in 2007 based on an idea by Doris Rabung, consultant for ‘Mensch und Umwelt’ (humans and environment) in the district of Ortenau, and her colleague Roswitha Vallendor. Six schools with a total of 120 students took part. One hundred textile pieces were selected from the submitted works and exhibited in the gallery L`Art pour Lahr. As both teachers are working artists themselves and members of the art society, they managed to persuade the gallery to take on a student exhibition.

This project supported girls in Afghanistan through the purchase of their embroideries while at the same time teaching the students of Ortenau district about the difficult living conditions of the Afghan children.

To enter the competition the students had to make a textile piece that used at least one embroidered square in its design. They were free to choose the technique i.e. embroidery, felting, printmaking, dyeing, appliqué, silk painting as well as the type of work they wanted to create, e.g clothing, fashion accessories, home decoration. Collaborative projects were also admitted.

120 works were submitted. The participants not only experienced how their work combined two different textile ways of working, but also how two cultures were brought together in the process, thus adding a highly symbolic significance to the project.

The Private View was well attended and attracted much interest from the media, i.e. radio and press.

Text by Doris Rabung
Translated into English by Solveigh Goett 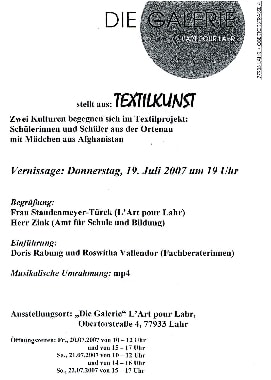 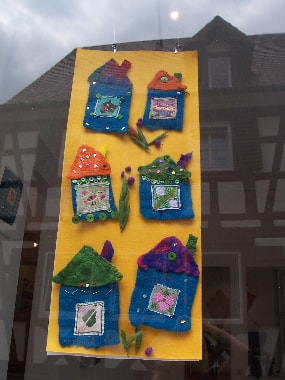 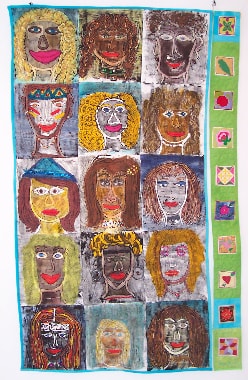 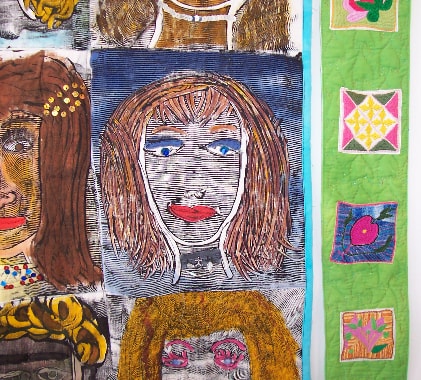 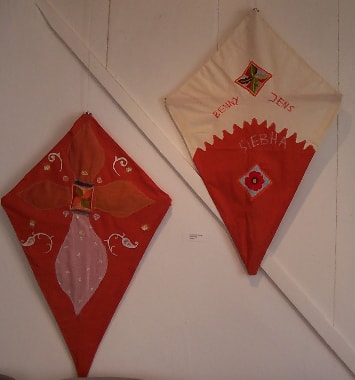 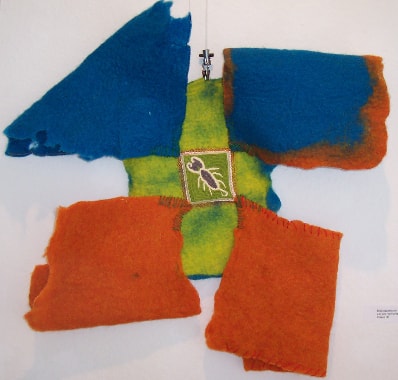 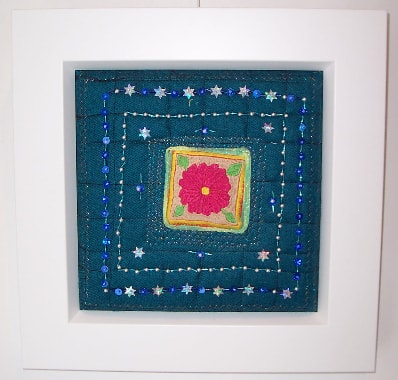 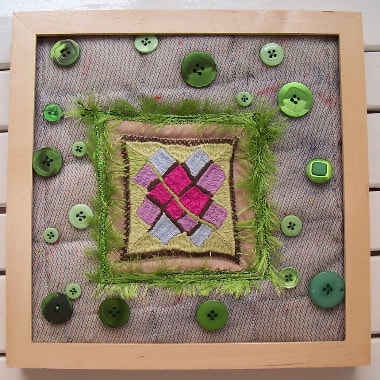 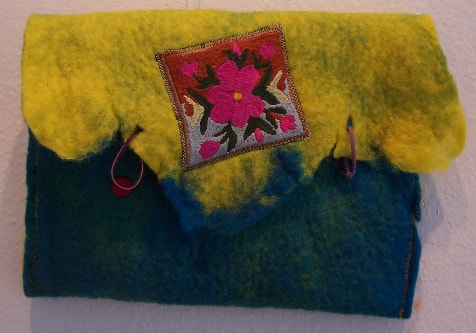 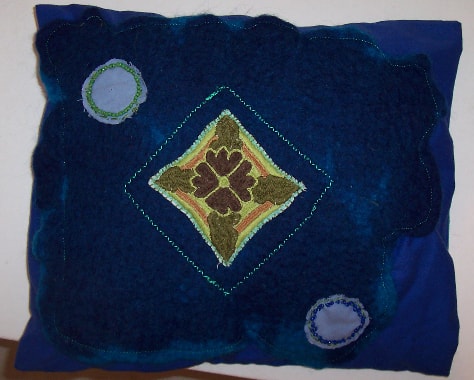 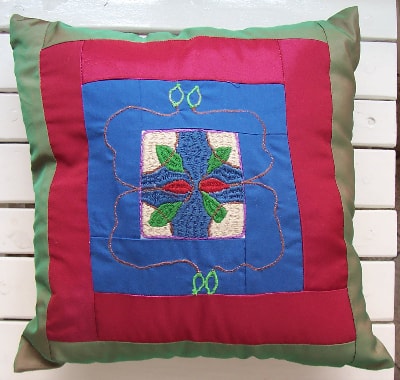 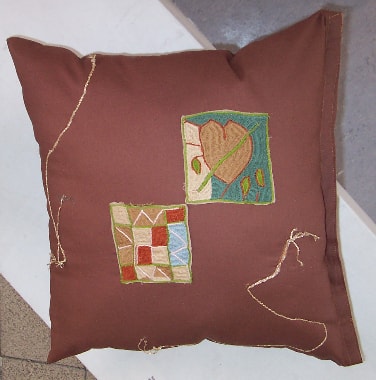 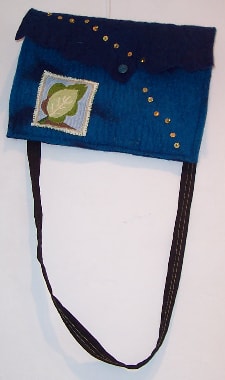 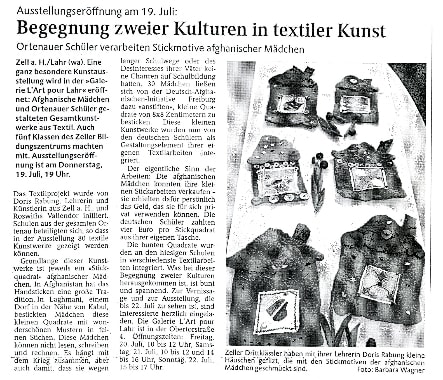 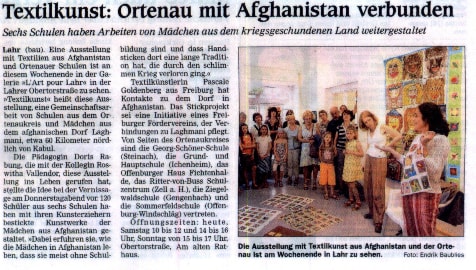