This kind of needlepoint stitch is reminiscent of the Venetian thread painting technique bargello. It is worked between the woven background threads and fills entire surfaces.

The basic shape is a diamond in all of its variations. Traditionally it was done in silk, later in rayon. Silk yarns provided by Madeira were used in this project.

Parallel to this, in another Afghan project called AZEZANA, raw silk is dyed with plant dyes to be used in embroideries that have their own particular charm. 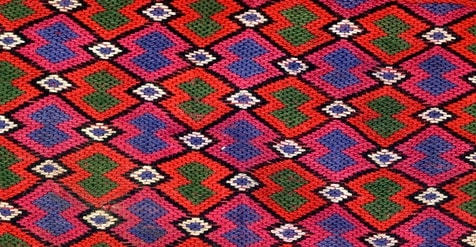 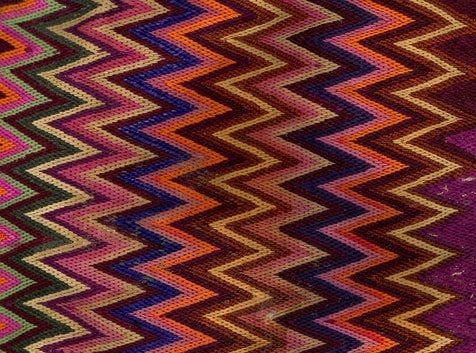 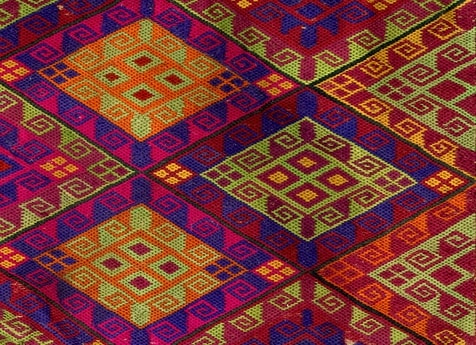 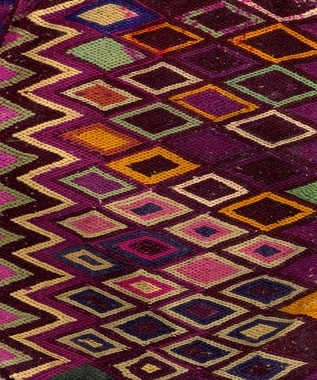 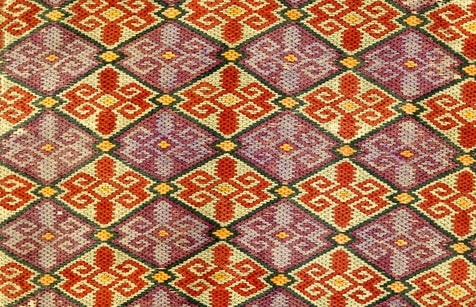 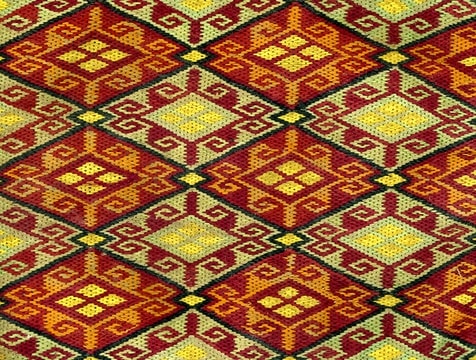 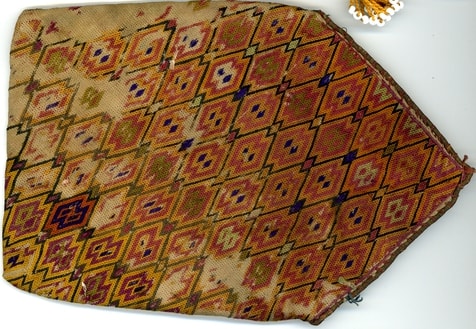 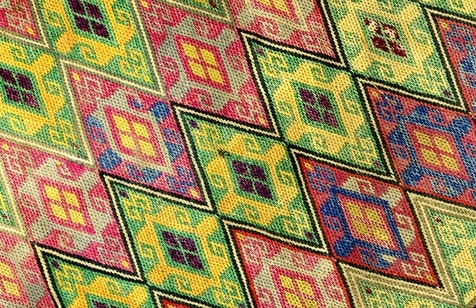 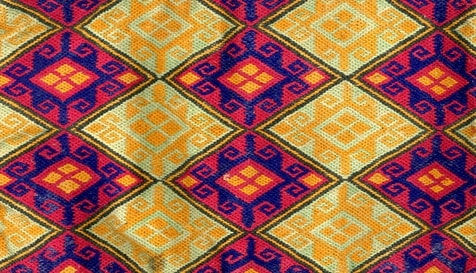 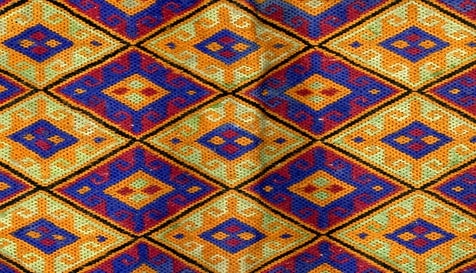 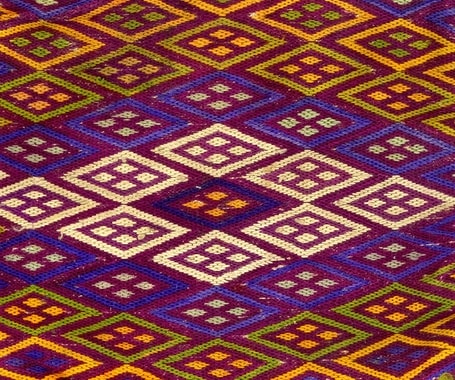 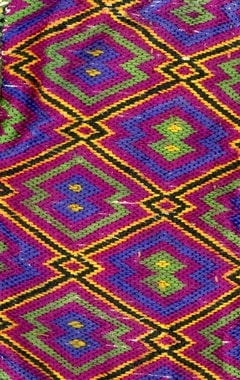 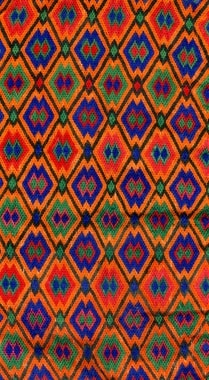 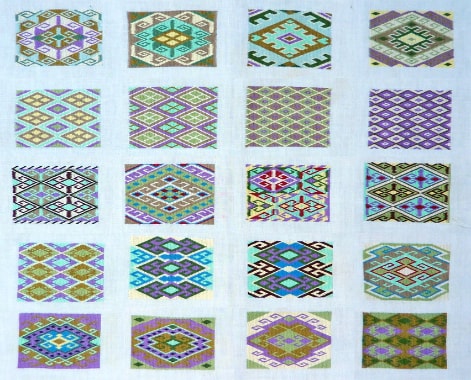 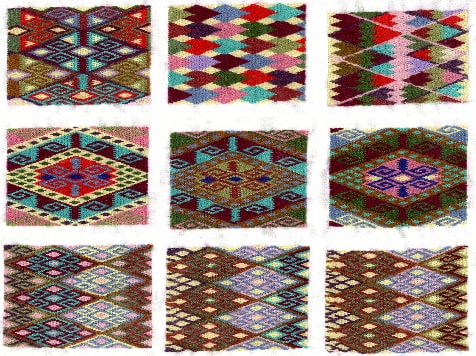 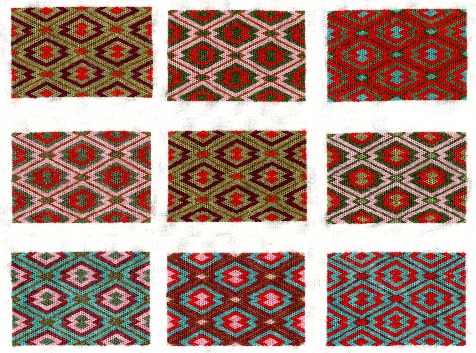 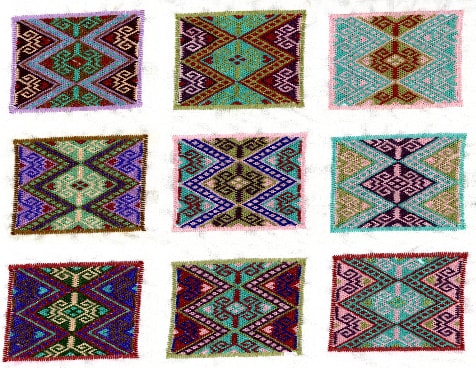