Kandaharidusi
The very first embroidered patterns created in Laghmani were in the style of Kandharidusi, executed in a somewhat rough manner. This usually fine satin stitch is named after the southern city of Kandahar but practiced by all of the different ethnic groups.
In the past it decorated the front of the men’s shirts as well as the borders of ‘tshadris,’ the long veils of the Afghan women, with patterns of stars, rosettes and cross-stitch motifs.

In earlier times the women used to embroider their own ‘tshadri’ but nowadays most Kandaharidusi are machine-embroidered imitations imported from Pakistan.
Some Hazara women in Sharak embroider beautiful larger rectangles (6.5 x 12.5 cm) in the style of Kandaharidusi with silk threads in pastel colours. 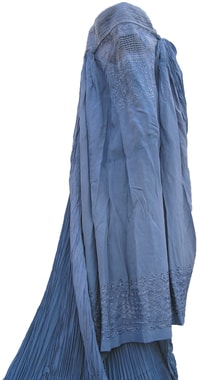 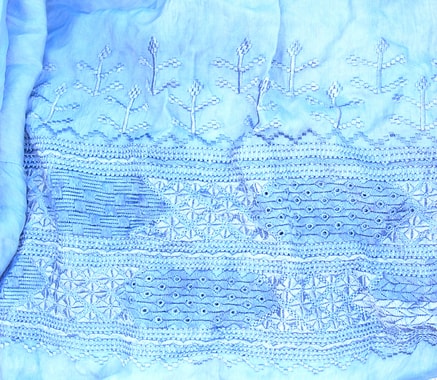 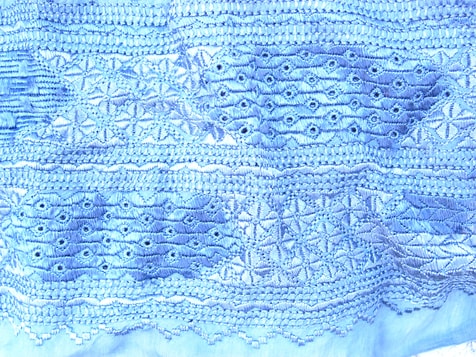 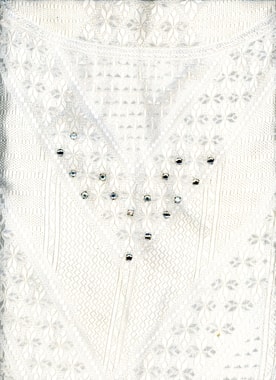 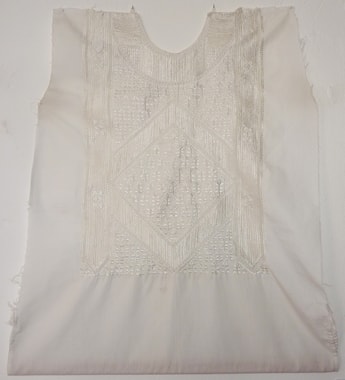 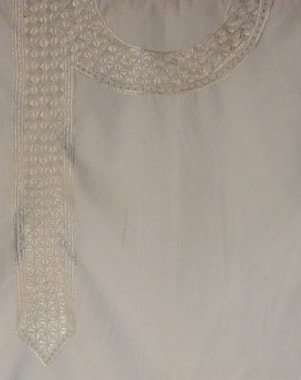 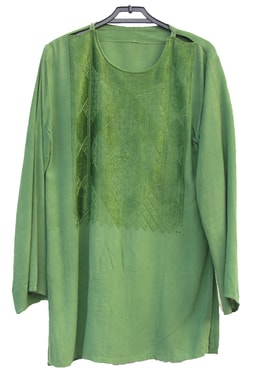