The exhibition “Afghanistan – Inspiration” was a follow-up to the previous exhibition “Threads unit women” that toured in Europe between June 2007 and October 2008. The responsible body was the German–Afghan–Initiative, a non-profit organization in Freiburg, Germany.  Women (and men) were invited to engage with one of the hand embroidered squares by an Afghan woman. Each square is a one-off piece with a motif or theme chosen by the individual embroiderer.  The work of the European artists was understood to be in continuation – or echoing – the Afghan women’s embroidery, i.e. to create a dialogue between two ways of working.  A call for entries was launched simultaneously in 14 European countries with specific themes or motifs allocated to each country:

The themes and motifs of the 14 countries:
Italy, being the land mainly serving Europe with fruit and vegetables has chosen the theme “Fruit and Vegetables”. The Swiss cross-motif is self-explanatory; the Afghan women often embroider this motif on the basis of the traditional weaving, where chain and lacing form a cross.

Austria and Afghanistan have in common that both countries have no access to the sea and are surrounded by high mountains, which is why the theme “Mountains” was chosen for Austria. The Czech Republic themselves chose the “Peace-dove” as their motif, on the basis of their many traditional woodcarving enterprises symbolizing the dove.

As the Danube crosses through Hungary, the theme “Life on the Waterside” seemed self evident. Figurative motifs such as fish or ducks as well as the abstract colors that are mirrored on the water surface are ideal creative elements.

Tulips grow wild in Afghanistan; children pick them, plait them into chains and sell them on the roadside. The tulip-motif is a definite must for the Netherlands!

English and Afghan people have in common their cultivation of tea-drinking. The teapot and other drinking vessels such as cups, water jugs and pots were therefore allotted to England.

Due to its geographic situation, Spain lies in context with the Arabic world and cultivates interexchange with its countries. The pomegranate – motif was chosen as it can often be found in both cultures. It’s many small seeds are a symbol for fertility. Pomegranate trees also grow in Laghmani, the embroiderer´s village.

Birds symbolize freedom and the Afghans cherish freedom above all else, which is why the bird, symbolizing liberation is the French motif.

Possibly the only connective element between such different countries as Denmark and Afghanistan is the clear night-sky, which is why this was chosen as Denmark’s theme.

Belgium is renowned for its especially dainty lace. A very similar fine technique can be found in the afghan “Kandahar-embroidery”. In Belgium, squares will be used which have been embroidered using this method Kandahari Dusi. Luxembourg chose the squares embroidered by Sherifa who was commissioned to use the colors red, white and blue in her embroidery.

As the Afghans, the Lithuanians have to deal with bitter cold winters which is why Lithuania will create their works of art mainly with squares embroidered in white.

As the main responsibility for the complete organization is in Germany, the works that originate here have been given the motif “Circles”.

Each of the 14 countries have an organization team, responsible for the supervision of the first exhibitions in their own country. The first visitors will be asked to vote for the pieces of work most representative for their country.
In this context, an international exhibition has been originated which will tour through Europe at least until the end of 2011.

Aims of the exhibition
One of the aims of the exhibition was to promote the Laghmani embroidery project to a wider audience and to obtain financial support through the sale of embroidered squares. Even more important is to take this opportunity to get the public to talk about Afghanistan and engage with the history and current situation of the country.

To represent the large exhibition Afghanistan – Inspiration only one work from each participating country has been chosen for this site. However, because of the exceptionally large number of entries from the UK in response to the theme of teapots and vessels, images of all UK entries are shown. 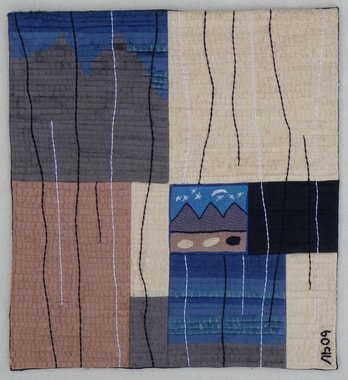 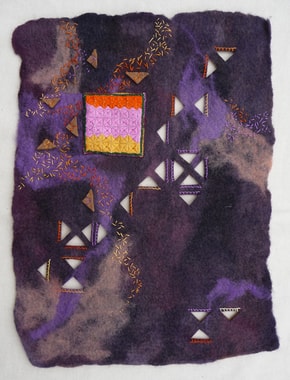 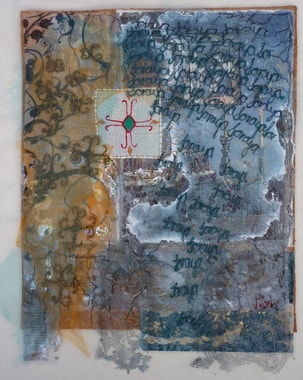 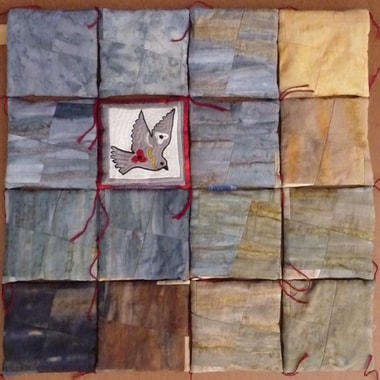 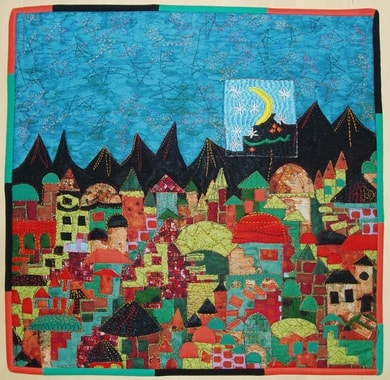 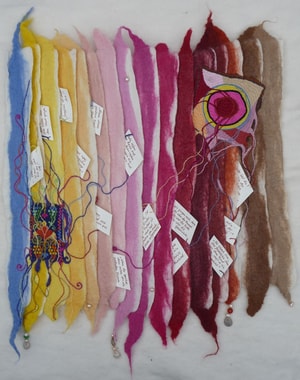 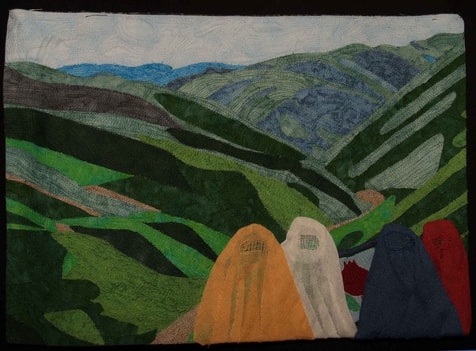 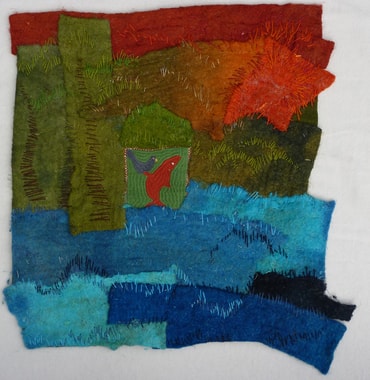 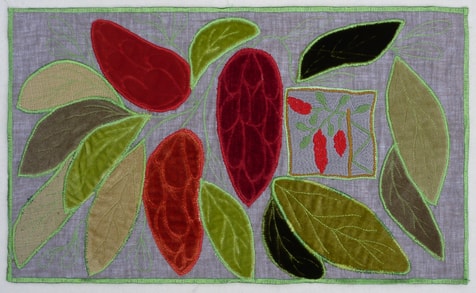 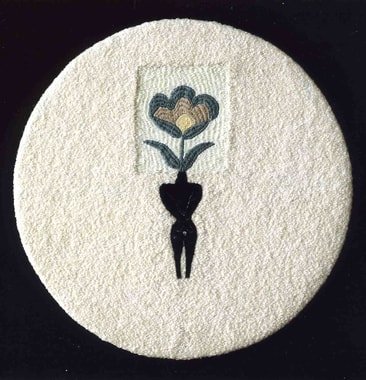 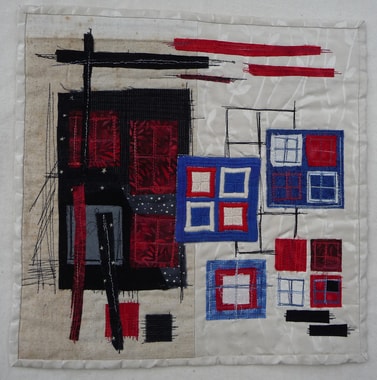 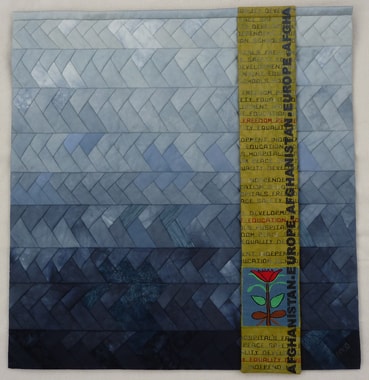