The world of birds

On my fourth journey 2009 I commissioned a sampler, a creation to present all the patterns from recent years. I asked her to leave a margin free, but in her eagerness she filled the whole area completely with her embroideries. Roya is the only embroiderer capable of doing 100 squares in three months.

Three months later, in the next shipment, Roya’s new pieces arrived. One of them showed a new embroidering technique – small circles that are particularly interesting. She had presented something new again! Bird motifs have become rather common now; birds and flowers are Afghan traditions and many families keep birds in cages. In the Kabul bazaar, there is a road through nearly the entire district where they only sell birds. Perhaps birds are a symbol of the desire for freedom and peace.

When I came across the first embroidered bird in the end of 2006, I rejoiced. It was as if a new sign of life and happiness emerged in the embroideries, a spark of a new time. The people of Afghanistan found new hope of an end to the long war. 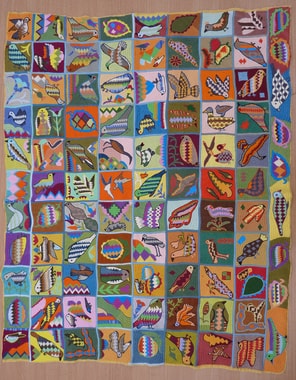 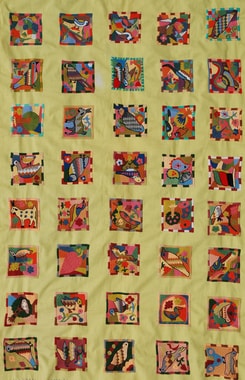 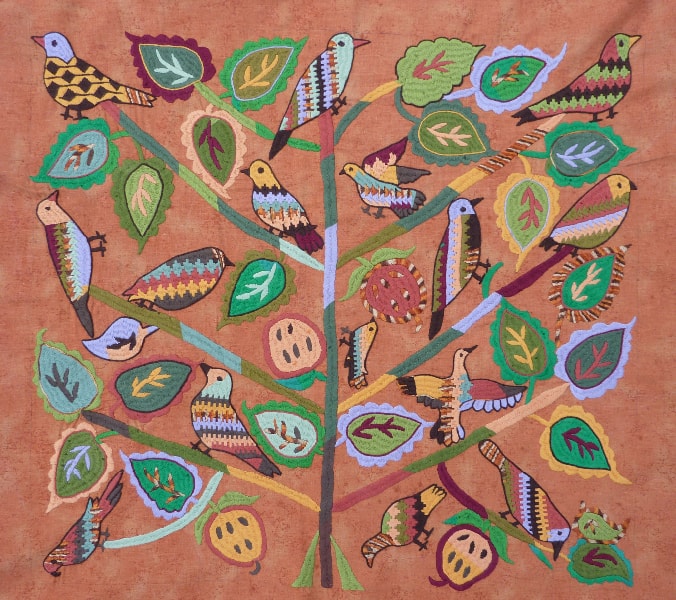 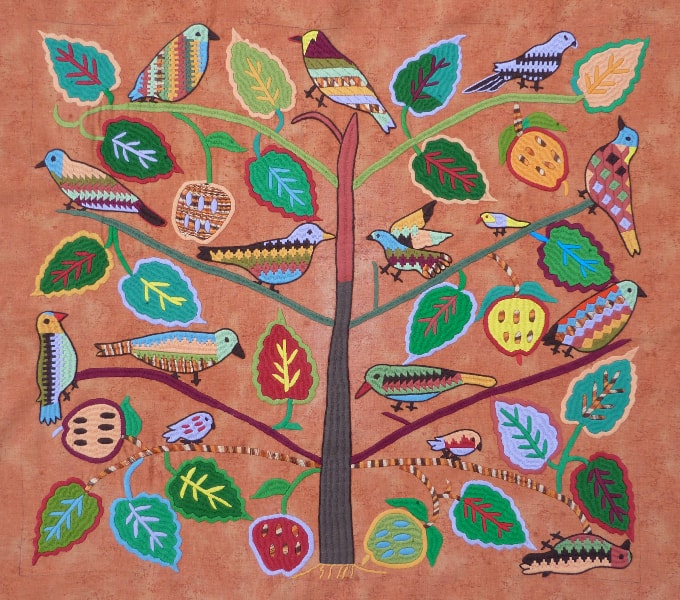 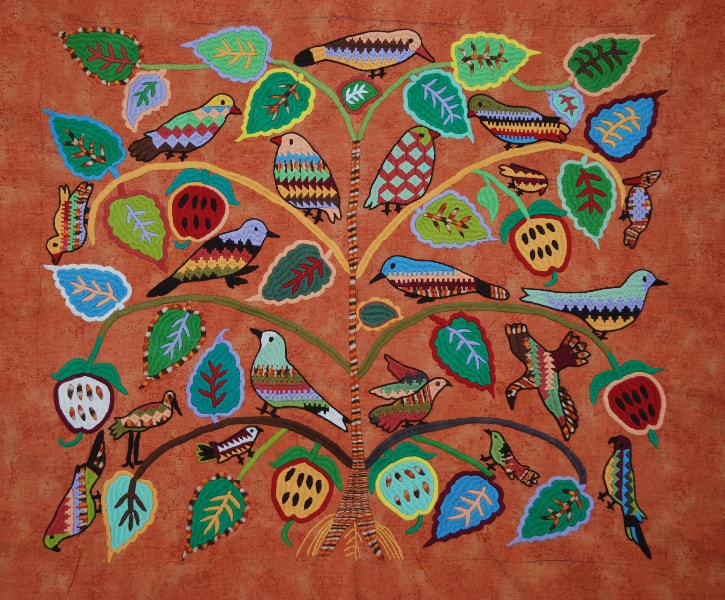 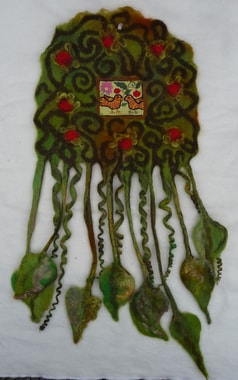